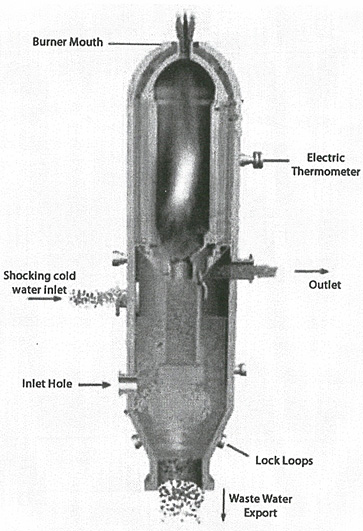 The Northwest Research Institute of Chemical Industry (NWRICI) licensed Texaco (currently GE Energy) gasification technology in the 1980s-1990s timeframe, and subsequently guided the design and implementation of a number of Texaco-type gasifiers in China. NWRICI offers its own design for a commercial gasifier, the Multi-Component Slurry Gasifier (MCSG) and gasification system.

Demonstration and Commercialization
The technology has been put into commercial use in China in nearly thirty large-scale, coal-based methanol, ammonia, or coal-to-liquid plants capable of operating at different pressures and feed capacities with the capability also of processing a wide variety of feed stocks. These facilities have the projected capability of producing 1,700 kt/yr ammonia, 6,900 kt/yr methanol, and 160 kt/yr coal-derived liquids. Refer to the China Gasification Database for further information.