DOE Vision of Gasification-based Clean Power
Gasification is used to convert a solid feedstock-such as coal, petcoke, or biomass-into a gaseous form, referred to as syngas, which is composed primarily of hydrogen and carbon monoxide. With gasification-based technologies, pollutants can be easily captured and then disposed of or converted to useful products. In the Department of Energy's vision for clean power using gasification, steam is added to syngas in a water-gas-shift reactor to convert the carbon monoxide to carbon dioxide (CO2) and to produce additional hydrogen. The hydrogen and CO2 are separated-the hydrogen is combusted to make power and the CO2 is captured and sent to storage, converted to useful product1, or used for enhanced oil recovery. This vision is depicted in the figure below. 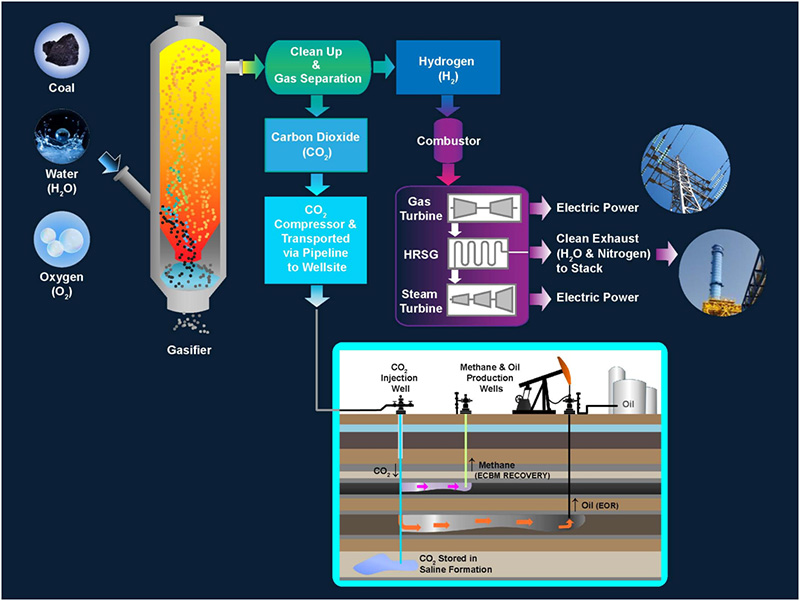 R&D Projects
All of the Gasification Systems projects support this vision by advancing the technology and its implementation towards commercial competitiveness. The complete set of projects can be accessed through the Project Information link to the left of this page.

1. Important products using CO2 as feedstock include urea and methanol