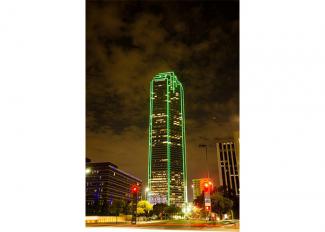 Electricity use in the United States has seen great changes in recent years for a variety of factors such as the shale revolution and a desire to reduce greenhouse gas emissions. Throughout this process, a resource at the nation’s service is NETL’s Systems Engineering & Analysis and the Lab’s Energy Markets Analysis team, which conduct comprehensive studies of energy grids throughout the country and provide information that can aid decision makers through this time of transition.

Such analyses, which are often performed in collaboration with regional stakeholders, provide useful information to industry and the public while generating data and insights that can help focus and guide research and development activities within the U.S. Department of Energy (DOE) and NETL.

“It is important that we conduct these studies so that we can keep a forward eye across the grid and time so that NETL stays at the leading edge of developing technologies that will be needed in the future,” said John Brewer, an engineer on NETL’s Energy Markets Analysis team.

“It is also important for us to do these studies because we often offer a different perspective than others performing grid analyses. Too often studies are published that assume away problems that may occur. It is our goal not to shy away from these, but to shine a light on them so that efforts can be undertaken to figure out solutions before they occur.”

Whether examining reliability issues or stressors on power systems, the studies conducted by NETL follow best industry practices for the types of evaluations being completed and follow the same methodology as the North American Electric Reliability Corporation, which is the entity designated by the Federal Energy Regulatory Commission along with governmental authorities in Canada with responsibility for overseeing the reliability and security of the interconnected North American electric systems.

One example of the team’s work was an analysis completed last spring which raised concerns about the ability of the Electric Reliability Council of Texas (ERCOT) to deliver electricity to the more than 25 million people it serves during significant spikes in demand. It found that ERCOT could meet demand through the summer season without a loss of load event, if the weather remained normal, even though ERCOT would be well below its minimum reserve margin target. However, if demand reached previous growth-adjusted historical peak levels, ERCOT was likely to find itself operating in emergency conditions during the summer peak. The winter storms that hit Texas in February 2021 brought the state’s electric grid close to a complete blackout.

In addition to informing, the NETL studies can also help pave the way for the adoption of newer technologies and practices such as carbon capture and storage, or CCS, especially as communities adopt newer, more sustainable energy practices or as inclement weather events become more frequent.

“The Wyoming CCS study we performed in collaboration with Leonardo Technologies was crucial in providing the Wyoming Public Service Commission with information they needed to require the consideration of carbon capture technologies in future utility integrated resource plans filed in the state,” Brewer said.

“Much of our work on natural gas-electric interdependency during extreme weather events has helped shape thoughts in industry on the questions that need to be asked to help prevent those issues in the future. This is still a very active area of discussion and decision that will likely only grow stronger, due to the events we saw throughout the midsection of the country during last month’s polar vortex,” Brewer said.

While NETL isn’t the only entity providing grid studies throughout the country, Brewer noted that NETL’s services provide information that can be used now or in the near-future rather than later.

“I think we’ve done a good job at raising NETL’s profile across the country by giving our friends in different regions and utilities actionable analyses that they can use that are more focused on the near-term than most studies that get published elsewhere,” he said.

NETL has several grid analyses ongoing throughout the country and anticipates beginning several more at the start of the next research execution year in April. Brewer noted that while the focus of NETL’s grid analyses may periodically shift due to different questions from different administrations or different events impacting energy systems, the root goals will remain the same: to provide solid, actionable analyses to inform both industry and technology R&D.