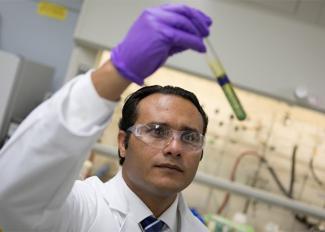 Next Generation of Carbon Capture Technologies Being Developed at NETL 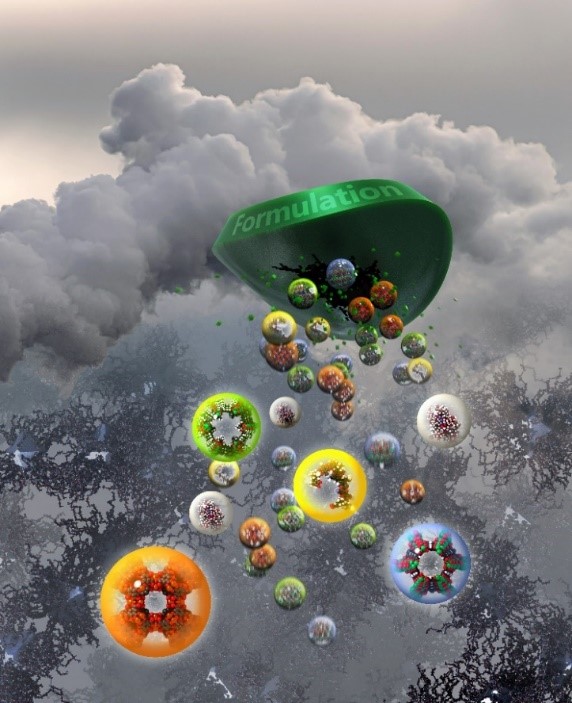 NETL researchers have developed a method to custom-formulate low-cost membranes to more effectively separate carbon dioxide from nitrogen in a high volume of flue gas. This ability to achieve both high selectivity and high permeability during post-combustion carbon capture operations is one of the most difficult problems facing membrane researchers today. The NETL group solved the challenge by chemically binding multiple membrane components with different critical properties into one high-performance material that can be easily scaled up to reduce the costs of large-scale carbon capture operations.

“Compatibility between the different components is especially important to the formulation,” Elsaidi said. “We optimized this interfacial compatibility by selecting MOFs with open metal centers that can strongly interact with the functional groups of the polymers, resulting in the formation of uniform, well-blended, defect-free MMMs.”

“We used density functional theory computations to show that the interactions between the polymer functional groups and the open metal centers were quite strong” says Janice Steckel, Ph.D., who also worked on the project.  “We believe these strong interactions between the metal center and the polymer minimizes phase separation and contributes to the great separation performance of these composites.”

As part of this work, the NETL team also estimated the cost of carbon capture using each of the 10 custom-formulated membranes, with the lowest cost being $55 per tonne, which is a substantial cost savings from the current average of $65 per tonne and represents a significant step towards meeting the U.S. Department of Energy’s goal of $30 per tonne CO2 by 2030.

“While this research only encompassed 10 composite membranes, the approach we have developed has opened the door to a new exploration route for myriad MMMs with unique formulas and new state-of-the-art performance,” Elsaidi said.

This isn’t the first time the NETL team has tackled the permeability-selectivity tradeoff. Elsaidi and the other researchers in NETL’s Functional Materials Team have also recently developed a highly permeable carbon capture membrane through a dual-layer process.

“We believe that the membranes we are developing here at NETL represent the next generation of post-combustion carbon capture technologies,” Elsaidi said. “The work we’re doing is making a real difference in bringing down the cost of carbon capture, and that means a stronger energy foundation for the nation and better environmental sustainability.”