The goal of the project is to conduct a study that will build on the previous work conducted by the University of Texas at Austin as it relates to the Barnett, Fayetteville, Haynesville, and Marcellus shale plays and will include: improvements to the geologic characterization; decline curve updates; technology deployed to reduce the cost of unit production and/or to enhance production rates; the impacts of technology, relationship between natural-gas and oil (liquids) prices; and drilling and completion technologies and costs along with refined individual well estimated ultimate recovery (EUR).

Established in 1909, the Bureau of Economic Geology in the Jackson School of Geosciences is the oldest and second-largest organized research unit at the University of Texas at Austin. In addition to functioning as the State Geological Survey of Texas, the Bureau conducts research focusing on the intersection of energy, the environment, and the economy, where significant advances are being made. The Bureau partners with federal, state, and local agencies, academic institutions, industry, nonprofit organizations, and foundations to conduct high-quality research and disseminate the results to the scientific and engineering communities as well as to the public.

Subsequent shale gas basin studies benefit from and improve on the prior studies in their granularity, and understanding of shale gas geologic modelling, technology and economics. DOE support of this update activity would enhance the public benefits to be derived, such as reflecting new economic environment and current state of technology for shale gas production in the U.S.

In September 2016, the BEG’s integrated multidisciplinary team started the analysis of the Barnett Shale play as part of the "Update and Enhancement of U.S. Shale Gas Outlooks" study funded by DOE. The main objective of the study is to reassess the production outlook for the four largest U.S. shale gas plays, namely the Barnett, Fayetteville, Haynesville, and Marcellus plays. The analysis will ensure the consistency of approaches across the four plays and incorporate recent data, capturing new market dynamics and emerging technologies and company strategies, which drive shale resource development.

The expected results for each play include the resource estimation and production outlook, which require the following efforts in the four subtasks described in the scope of project as:

The Barnett, Fayetteville, and Haynesville plays have been updated. Details are included in the previous quarterly reports. 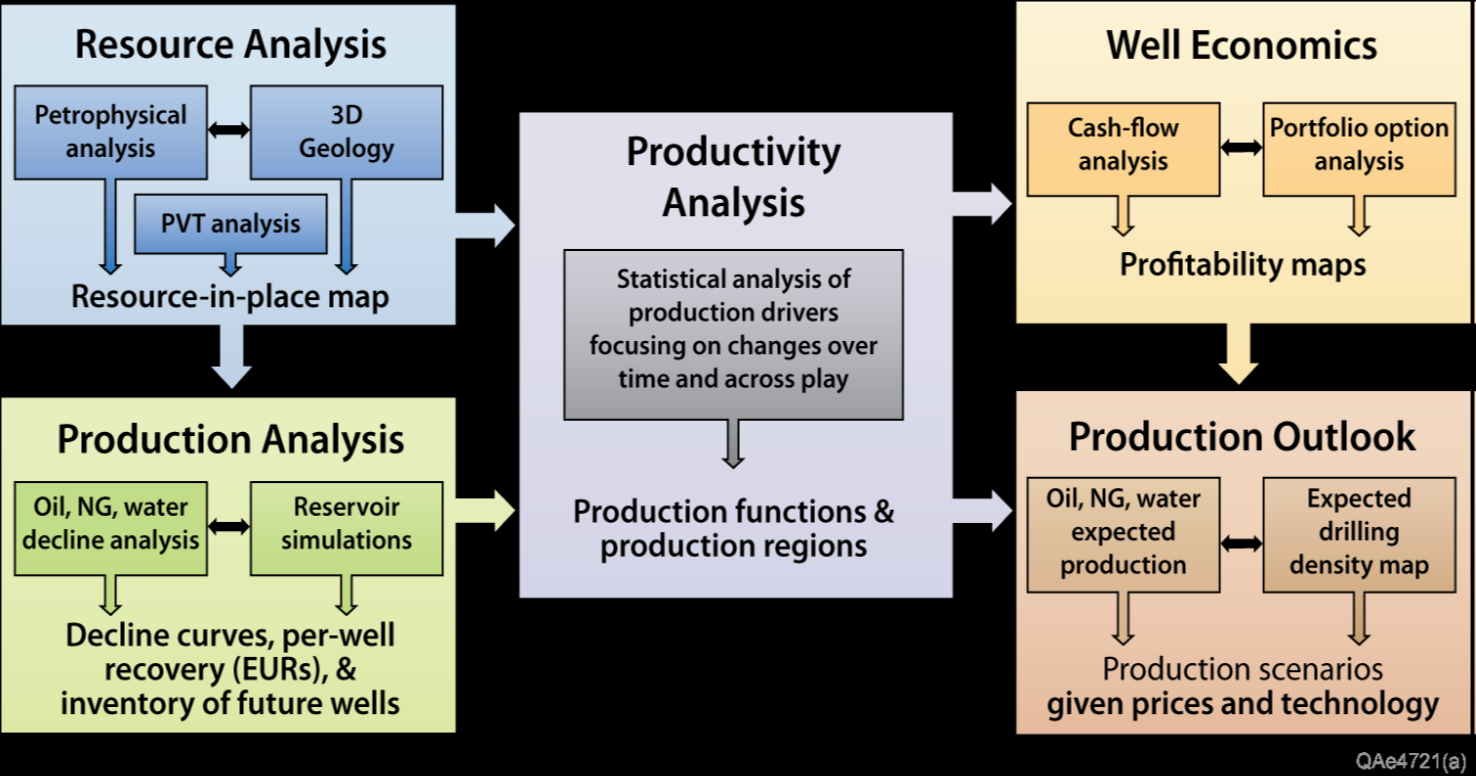