The petrophysical properties of rocks, particularly their relative permeability and wettability, strongly influence the efficiency and the time-scale of all hydrocarbon recovery processes. However, the quantitative relationships needed to account for the influence of wettability and pore structure on multi-phase flow are not yet available, largely due to the complexity of the phenomena controlling wettability and the difficulty of characterizing rock properties at the relevant length scales. This project brings together several advanced technologies to characterize pore structure and wettability. Grain-scale models are developed that help to better interpret the electric and dielectric response of rocks. These studies allow the computation of realistic configurations of two immiscible fluids as a function of wettability and geologic characteristics. These fluid configurations form a basis for predicting and explaining macroscopic behavior, including the relationship between relative permeability, wettability and laboratory and wireline log measurements of NMR and dielectric response. Dielectric and NMR measurements have been made show that the response of the rocks depends on the wetting and flow properties of the rock. The theoretical models can be used for a better interpretation and inversion of standard well logs to obtain accurate and reliable estimates of fluid saturation and of their producibility.

The project was initiated in 2004 as a joint effort between the University of Texas and Rice University. A lack of measurements and pore-scale understanding and the opportunity of combining two measurements, NMR and dielectric response of rocks, led to the formation of this team.

Results
T2 relaxation time distributions were generated by implementing the rapid acquisition with relaxation enhancement (RARE) pulse sequence. RARE experiments were performed on a vuggy Yates core sample. Generation of a T2 map revealed a slight heterogeneity even within a core sample with a height of 1 inch. A porosity profile constructed from the RARE results yielded a porosity of 0.146 which was in good agreement with the gravimetric porosity (0.147) and the porosity determined via CPMG.

By simulating longitudinal and transversal magnetizations for specific bulk fluid properties and fluid/solid boundary geometries, the random-walk approach can be used to generate parametric multidimensional T1/T2/D NMR maps to improve the characterization of pore structures and saturating fluids from NMR.

A new geometrical concept to simulate DC electrical conductivity in arbitrary rock models was proposed. The assumed geometry considers 3D grain and pore objects that include intra-granular porosity, clay inclusions, non-wetting fluid blobs, thin films, and pendular rings. This provides a simple way to parameterize the three-dimensional space and to simulate the electrical conductivity of porous media saturated with two immiscible fluid phases. This work emphasizes the importance of thin films, pendular rings and snap-offs to capture the correct electrical behavior of dense media using granular models. We introduce a new approach to quantify the effects of pore geometry and connectivity on the kHz-GHz frequency dispersion of dielectric permittivity and electrical conductivity of clay-free porous rocks. The simulation procedure provides a systematic method to assess the sensitivity of a multitude of pore-scale properties to the macroscopic wide-band dielectric dispersion of saturated rocks.

A comprehensive pore-scale numerical framework was introduced that incorporates explicit geometrical distributions of grains, fluids and clays constructed from core pictures, and that reproduces the WBEM saturated-rock response on the entire kHz-GHz frequency range. WBEM measurements are verified to be primarily sensitive (a) in the kHz range to clay amounts and wettability, (b) in the MHz range to pore morphology (i.e., connectivity and eccentricity), fluid distribution, salinity, and clay presence, and (c) in the GHz range to porosity, pore morphology and fluid saturation. Our simulations emphasize the need to measure dielectric dispersion in the entire frequency spectrum to capture the complexity of the different polarization effects. In particular, it is crucial to accurately quantify the phenomena occurring in the MHz range where pore connectivity effects are confounded with clay polarization and pore/grain shape effects usually considered in dielectric phenomena. These different sensitivities suggest a strong complementarity between WBEM and NMR measurements for improved assessments of pore size distribution, hydraulic permeability, wettability, and fluid saturation.

Electrical impedence measurements were made over a broad spectrum of frequencies (10 Hz to 10 MHz) with fully brine saturated rock samples of varying permeability (grain size). It is shown that a systematic shift in loss tangent (both peak frequency and magnitude) occurs as the grain size is varied. This suggests that the loss tangent, derived from broadband dielectric measurements, may be used to measure the formation grain size and hence estimate the permeability.

Benefits
This project brings together several advanced technologies for better interpretations of laboratory and wireline data to obtain petrophysical properties. New NMR techniques and dielectric measurements results in more accurate and less uncertain estimates of hydrocarbon saturations and rock flow properties. Advanced modeling of NMR and dielectric response for the first time brings a microscopic justification for the effective-medium response of complex rock formations. This effective-medium response provides new ways to quantify types of fluids and their saturation in complex pore structures. Finally, the project performers will interpret laboratory and field measurements in terms of physically representative models of the processes that form sedimentary rocks. The latter, recently demonstrated, approach offers an unprecedented capability method for quantitatively and predictively linking grain-scale geometry and surface chemistry to core-scale behavior.

The ultimate benefit of this combined theoretical/empirical approach for reservoir characterization is that rather than reproducing the behavior of any particular sample or set of samples, it can explain and predict trends in behavior that can be applied at a range of length scales, including correlation with wireline logs, seismic, and geologic units and strata. This approach can substantially enhance wireline log interpretation for reservoir characterization and provide better descriptions, at several scales, of crucial reservoir flow properties that govern oil recovery.

Summary
This project brings together several advanced technologies for better interpretations of laboratory and wireline data to obtain petrophysical properties. New NMR techniques and dielectric measurements will result in more accurate and less uncertain estimates of hydrocarbon saturations and rock flow properties. Advanced modeling of NMR and dielectric response will for the first time bring a microscopic justification for the effective medium response of complex rock formations. This effective medium response will provide new ways to quantify types of fluids, and their saturation in complex pore structures. Finally, we interpreted laboratory and field measurements in terms of physically representative models of the processes that form sedimentary rocks. The latter recently demonstrated approach offers an unprecedented capability method for quantitatively and predictively linking grain–scale geometry and surface chemistry to core scale behavior.

(February 2008)
The project was initiated in October 2004.Due to lack of available funds, budget period 3 was not funded. Final report was completed by 9/30/07.

Gladkikh, M., and Bryant, S. “Influence of Wettability on Petrophysical Properties During Imbibition In A Random Dense Packing of Equal Spheres,” Journal of Petroleum Science and Engineering, 2006, in press.

Toumelin, E., and Torres-Verdín, C., 2006, Pore-scale methodology for the simulation of DC electrical conductivity of saturated rocks in the presence of variable grain morphology and mixed wettability: submitted for publication, Water Resources Research.

Workshops held / presentations to promote the technology developed:
The research on using NMR to measure profiles of saturation in cores was presented at the 2006 and 2007 meeting on the Rice University Consortium on Processes in Porous Media.

Several presentations made to the Joint Industry Research Consortium on Formation Evaluation, Austin Texas, 2004, 2005, 2006 and 2007.

Toumelin, Emmanuel, “Pore-Scale Petrophysical Models for the Simulation and Combined Interpretation of Nuclear Magnetic Resonance and Wide-Band Electromagnetic Measurements of Saturated Rocks”, Ph.D. dissertation, The University of Texas at Austin, May 2006.

Nelson Hu. “Measurements of the Dielectric Properties of Rocks”, MS Thesis, May 2007. 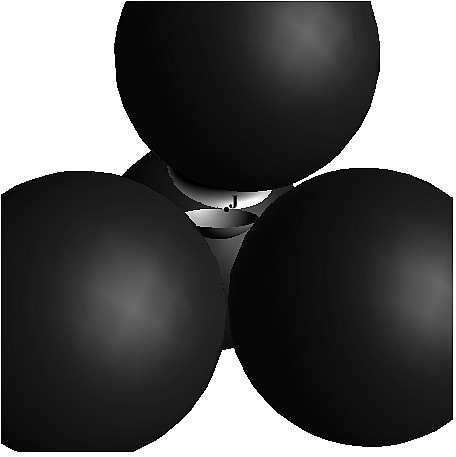 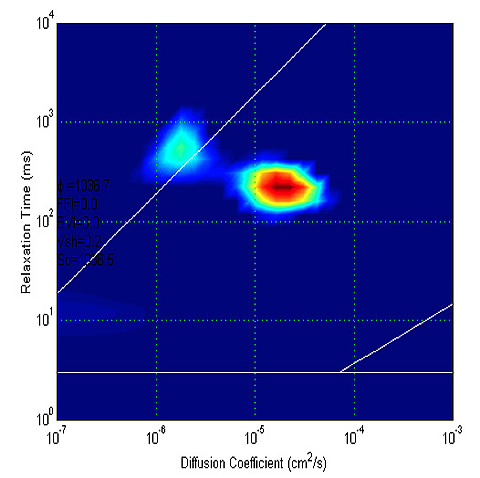