This invention describes novel iron-based catalysts for conversion of carbon dioxide (CO2) to produce valuable gases such as carbon monoxide (CO) or syngas in the presence of fuel (biomass, coal, methane) for commercial and industrial applications while reducing greenhouse gas emissions. This technology is available for licensing and/or further collaborative research from the U.S. Department of Energy’s National Energy Technology Laboratory.

Challenge
Syngas production from solid fuels such as biomass or coal is commercially conducted via a solid fuel gasification process. However, conventional solid fuel gasification processes are generally capital-intensive and require significant amounts of parasitic energy. Typically, the gasification process involves partial coal combustion with either O2 or air. When air is utilized, nitrogen (N2) may enter the syngas, diluting the syngas and making extraction difficult. When oxygen (O2) is utilized, expensive oxygen production units tend to generate high parasitic losses. As a result, the development of alternative methods for syngas production from solid fuels are a significant area of current interest. For oxygen-based commercial solid fuel gasification, oxygen must be separated from air, which requires an air separation unit. Cryogenic air separation has been used and is very expensive. In addition, steam is also required for the process. Gasification of solid fuel with CO2 has many advantages over conventional solid fuel gasification with oxygen/steam.
Syngas production from methane is currently conducted via catalytic steam methane reforming and the process is energy intense with high carbon footprint. Catalytic methane dry reforming using CO2 to produce syngas has a potential to be more economical route for syngas production.  However, the catalysts used for methane dry reforming are either very expensive or has shown poor performance stability due to catalyst deactivation. Therefore, catalyst development is important for methane dry reforming technology to be commercially viable. 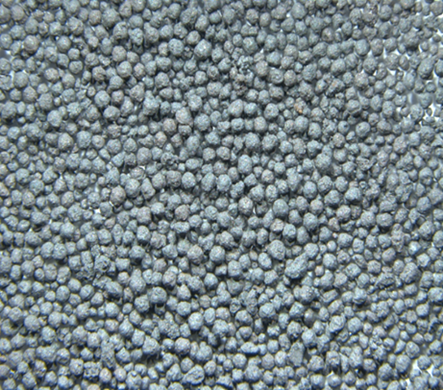 Researchers at NETL have developed a process to convert CO2 to CO using a catalyst and a solid fuel (e.g. biomass, coal) where solid fuel and CO2 can be continuously introduced to the catalyst bed for continuous production of CO.  This process is more economical than conventional solid fuel gasification and has potential to be a commercial process. The CO produced is not diluted with N2 and can be used directly for various processes.
Experimental data at 800-850 0C indicated a high rate of CO2 conversion to CO with solid fuel (e.g. biomass, coal) and catalyst. The CO2 conversion to CO corresponded to about 75%. The rate of CO formation from CO2 with the catalyst-solid fuel was significantly higher (more than twice) than that with coal baseline without the catalyst. The data indicated that the catalyst has a significant effect on the production rate of CO. Performance of conversion of CO2 to CO was stable during multiple solid fuel additions to the catalyst/CO2. The process has been demonstrated with both woody biomass and coals.
These catalysts can also be used for methane dry reforming with CO2 to produce syngas and a methane conversion to syngas rate of 80% was demonstrated in experimentation with the catalysts.