Brian J. Anderson, Ph.D., is director of the U.S. Department of Energy’s (DOE) National Energy Technology Laboratory (NETL). Anderson manages the complete NETL complex, including delivery and execution of the Laboratory’s mission, and national programs in fossil energy. Anderson came to NETL from West Virginia University (WVU) where he served as the director of the WVU Energy Institute. He has a long history of collaboration with NETL and other DOE national laboratories. He served NETL as the coordinator of the International Methane Hydrate Reservoir Simulator Code Comparison study and in 2011 was awarded a Secretary Honor Achievement Award from the Secretary of the Department of Energy for his role on the Flow Rate Technical Group, a team spanning multiple national laboratories that worked in response to the Deepwater Horizon oil spill. He is also a recipient of the 2012 Presidential Early Career Award for Scientists and Engineers, the highest honor bestowed by the U.S. government on science and engineering professionals in the initial stages of their careers. He served as a member of the National Academies of Sciences, Engineering, and Medicine (NASEM) Roundtable on Unconventional Hydrocarbon Development. Anderson earned his bachelor’s degree in chemical engineering in 2000 at WVU and his master's and doctorate in chemical engineering from the Massachusetts Institute of Technology (MIT) in 2004 and 2005 respectively. Anderson’s research interests include molecular, reservoir, and multiscale modeling and simulation applied to energy and biomedical systems.

Sean Plasynski serves as executive director of NETL’s Technology Development and Integration Center. In that role, he is responsible for managing the lab’s national programs with various DOE National Laboratories, universities, and industrial partners. The focus surrounds the development of technology primarily for coal, oil, and gas in addition to technologies implemented by NETL for other parts of DOE. Over his 28-year career with NETL, Plasynski has held numerous management and technical positions, including acting director of NETL, chief operating officer, director of the Strategic Center of Coal, director of the Office of Coal and Power R&D, and Sequestration technology manager. He has been involved in a wide spectrum of energy technology development, including advanced power and environmental systems, solids transport, biomass co-firing, and carbon capture and storage. He holds a bachelor’s, master’s, and doctorate in chemical engineering from the University of Pittsburgh and an MBA from the University of Pittsburgh’s Katz Graduate School of Business.

Randall Gentry has more than 20 years of experience in environmental science and engineering with a focus on water resources. He came to NETL after serving as Deputy Division Director of the Argonne National Laboratory’s Environmental Science Division. He has also served as an associate editor of the Journal of Hydrologic Engineering and was a tenured faculty member at the University of Tennessee for more than 9 years. During that time, he held senior leadership positions overseeing the technology transfer operation for the University with increasing levels of research leadership. Gentry has led research teams during his career across the intersection of science and engineering with a goal of understanding and characterizing complex system interactions. Gentry earned his Ph.D. and M.S. in civil engineering from the University of Memphis, and a B.S. in civil engineering from Memphis State University. Before joining Argonne National Laboratory, he was Director of Environmental Sciences Division, National Exposure Research Laboratory, Office of Research and Development, U.S. Environmental Protection Agency. He has also served as the President and CEO of the University of Tennessee Research Foundation and Director of the University’s Institute for a Secure and Sustainable Environment.

Bryan Morreale is the executive director of the Research and Innovation Center (RIC) at NETL. Morreale is responsible for all aspects of NETL’s internal research efforts, valued at approximately $120 million per year and involving about 500 multidisciplinary federal and contract research staff at locations in Pittsburgh, Pennsylvania; Morgantown, West Virginia; and Albany, Oregon. As executive director, Morreale leads RIC in developing and implementing a dynamic research portfolio that effectively addresses DOE and other customer goals by effectively exercising NETL’s core competencies in computer science and engineering, materials engineering and manufacturing, energy conversion engineering, geological and environmental systems, and systems engineering and analysis.

In nearly 19 years of service to NETL, Morreale has pursued gas separations and membrane-reactor research, led strategic technical and organizational initiatives, and served in senior leadership positions within RIC. As a researcher, Morreale has earned an international reputation for his work in the development and characterization of hydrogen selective membranes. He has served as director of the Molecular Science Division and focus area leader for Materials Science and Engineering, as well as deputy director of RIC.

Michele Ostraat serves as chief operating officer for NETL, providing strategic direction, leadership and management of NETL’s support functions and services, including cybersecurity and IT infrastructure. Ostraat has more than 20 years in research, including more than 15 years’ experience in leadership. Ostraat joined NETL in 2020 after serving as senior downstream research center leader at Aramco Services Company in Cambridge, Massachusetts, where she championed the launch, growth and expansion of Saudi Aramco’s Global Research Center. She serves as a member on the U.S. Technical Advisory Group to International Standards Organization Technological Committee 229 on Nanotechnologies since 2008. Her achievements include more than 30 peer-reviewed manuscripts, two book chapter, more than 70 conference presentations, and over 20 patents and applications. Ostraat holds a Ph.D. and M.S. in chemical engineering from California Institute of Technology and a B.S. in chemistry from Trinity University. 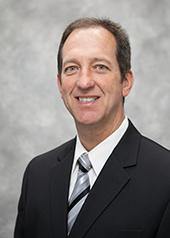 Jim Wilson is responsible for planning, direction, and coordination of the Laboratory’s CFO, procurement, and financial assistance functions; he provides effective oversight and stewardship of the Laboratory’s financial resources. Wilson has more than 25 years of management and finance experience in the energy industry. Prior to joining NETL, he served as president of Wholesale and Retail Energy Trading Businesses within PJM Interconnection, and he served as corporate controller for a public electric utility. Wilson also previously worked as a management consultant in the energy industry and as an auditor with a Big Four accounting firm. Wilson holds a bachelor’s degree in accounting from Saint Vincent College and an MBA from the University of Pittsburgh.

Antonio Ferreira oversees NETL’s information technology and computing systems and works to develop strategic planning in support of research computing at NETL. Ferreira has more than 20 years of experience as a researcher, software developer, and senior manager. Prior to joining the Lab, he served as executive director of the Center for Simulation and Modeling at the University of Pittsburgh and manager of the High-Performance Computing Facility at St. Jude Children’s Research Hospital in Memphis, Tennessee. He has an extensive background in high-performance computing and high-performance storage systems for Big Data applications and has served as a grant reviewer for the Advanced Cyberinfrastructure Division of the Computer & Information Science & Engineering Directorate of the National Science Foundation. As a researcher, Ferreira has published more than 30 scientific papers in materials science, quantum chemistry, propagator theory, molecular biophysics, and computer-aided drug discovery. He is a Scholar in Residence at Duquesne University and co-inventor on three patents in chemotherapeutics. He holds a bachelor’s degree in mathematics from Syracuse University and a doctorate in theoretical chemistry from the University of Memphis.

As chief counsel for NETL, Susan Malie is responsible for the management and oversight of the complete portfolio of NETL legal matters. An accomplished legal executive, she leads the Office of Chief Counsel and administers expert guidance concerning legal authority for and implementation of all activities related to execution of NETL’s mission, including multiple R&D programs and projects, science and technical research, and management, business, strategic, financial, and operational functions. Malie has decades of experience as senior in-house government corporate counsel managing full-service legal organizations engaged in a broad spectrum of legal practice. Prior to joining NETL, among other roles, Malie served as deputy general counsel for the Commonwealth of Pennsylvania and the solicitor for the City of Pittsburgh Department of Law. Malie joined NETL in 2010 and has served as attorney advisor, chief operating officer (acting), supervisory attorney-advisor, and Legal Division director, in addition to her current role as NETL chief counsel. Malie holds a bachelor’s degree from Duquesne University and a Juris Doctor from Duquesne University School of Law.